The joy is back: Celebrities congratulate Saim Sadiq as ‘Joyland’ receives go ahead

For the first time in a long time, hashtags seem to have made a crack in the concrete wall standing in between creative expression and fascist dictation in Pakistan. The banning culture, albeit, strong and rigid as ever, could perhaps not find enough reasons to stand its ground against the creative brilliance that is Joyland, which is why Saim Sadiq’s masterpiece is once again looking at a November 18 release.

Pakistan’s official submission to the Oscars has been greenlit after the Ministry of Information and Broadcasting cancelled its exhibition license upon complaints of “objectionable material that does not conform with the social values and moral standards of our society,” months after it was issued by the federal government.

Celebrities, many of whom had been rallying for the film with the hashtag “Release Joyland” against a barrage of “Ban Joyland” fanatics, are relieved that the government took necessary steps to allow the film – that has made Pakistan proud world over – to be released.

Celebrating the reversal of the decision, which has been made upon the condition of “minor cuts” in the feature, many took to their social media handles to congratulate team Joyland for not caving into the pressure of ‘smear campaigns’.

“Congratulations to the whole team,” wrote Sajal in an Insta Story. “Let’s bring the Oscar home!” she declared. Singer Ali Sethi shared the good news on his Insta Story with trophy emojis. Hira Mani tagged Saim to exclaim, “Yay, finally! I am so happy for you and the cast.” Actor Adnan Malik shared the news report too with a big “Yes!”

Grammy winning artist Arooj Aftab also lauded the reversal with fire emojis while veteran actor Simi Raheal shared the news with a “Let’s go, movie night!” remark. “Grateful to everyone who made it possible, thank you,” wrote Nadia Afgan in an Instagram Story. “Joyland cleared for release. Now whoever doesn’t want to watch it, don’t watch it!” asserted Mariyam Nafees. 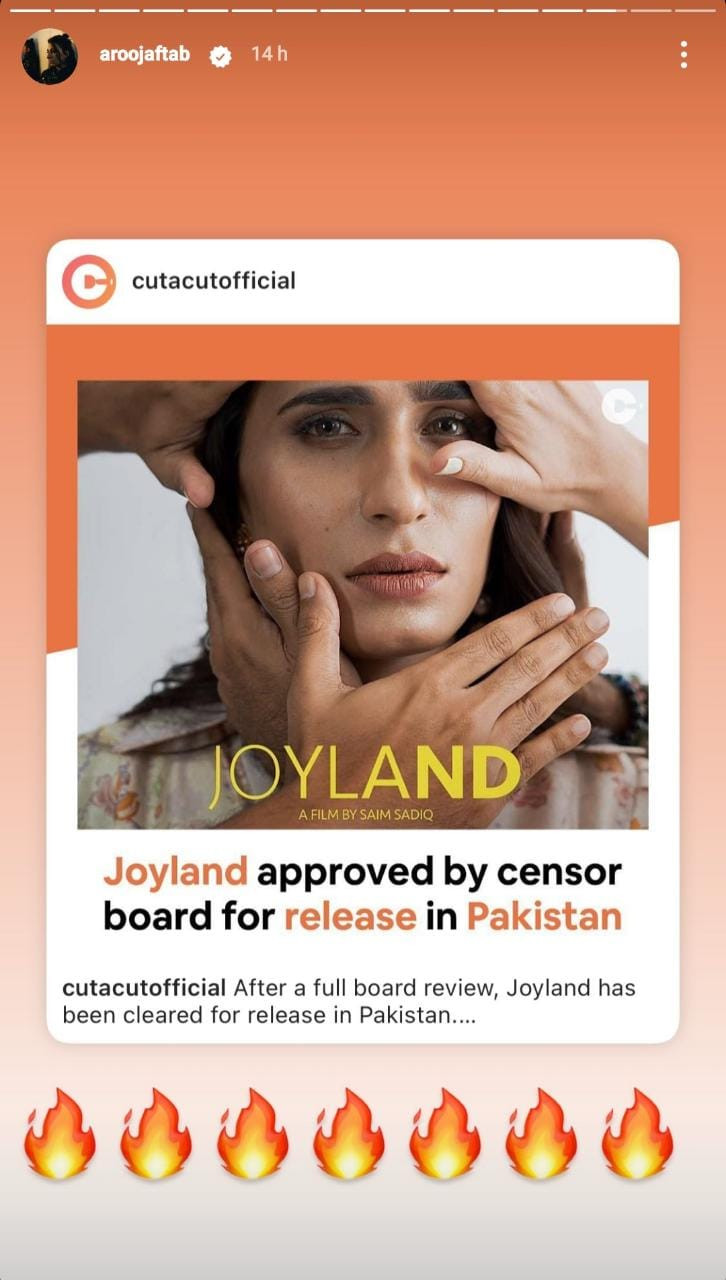 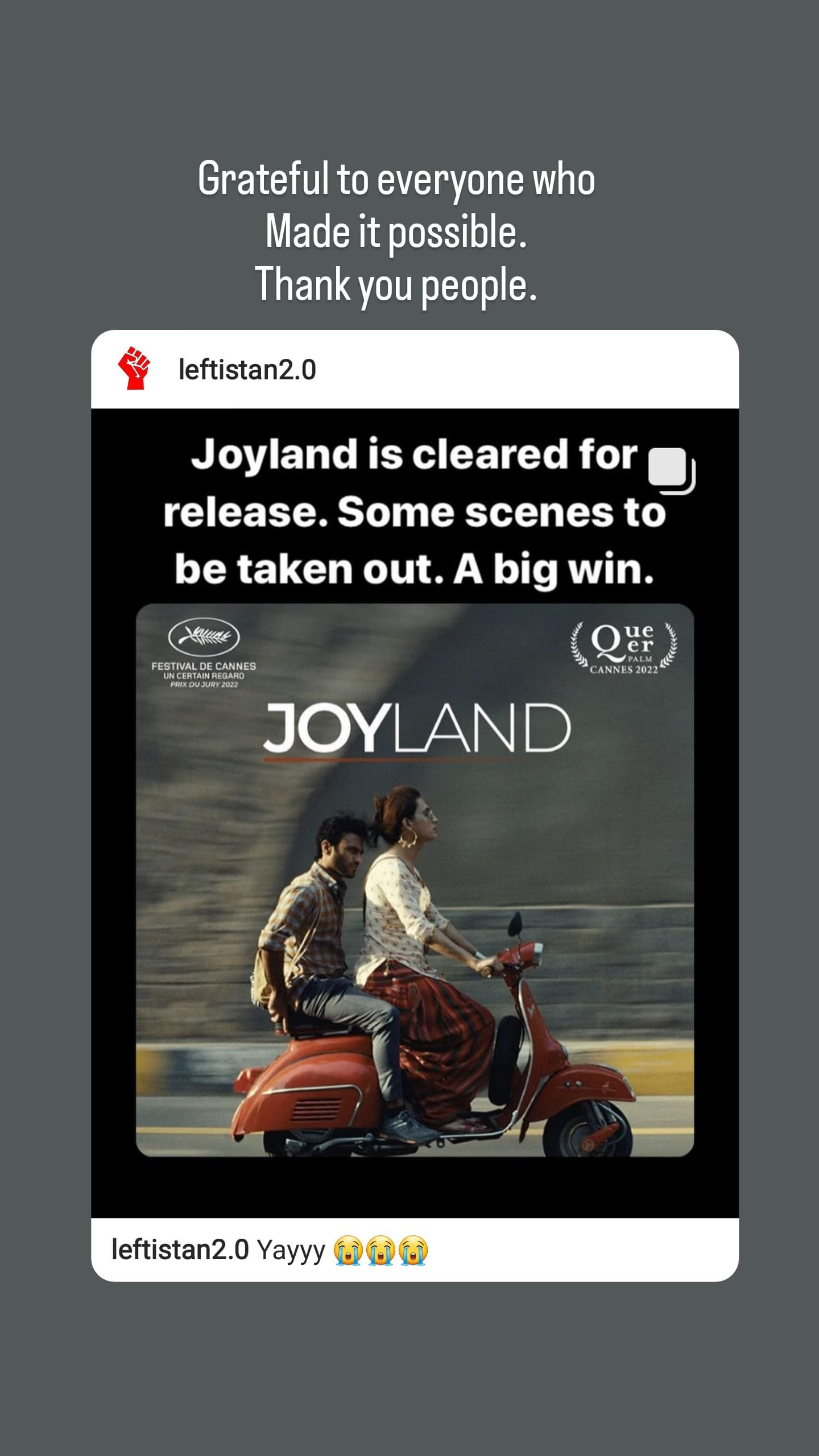 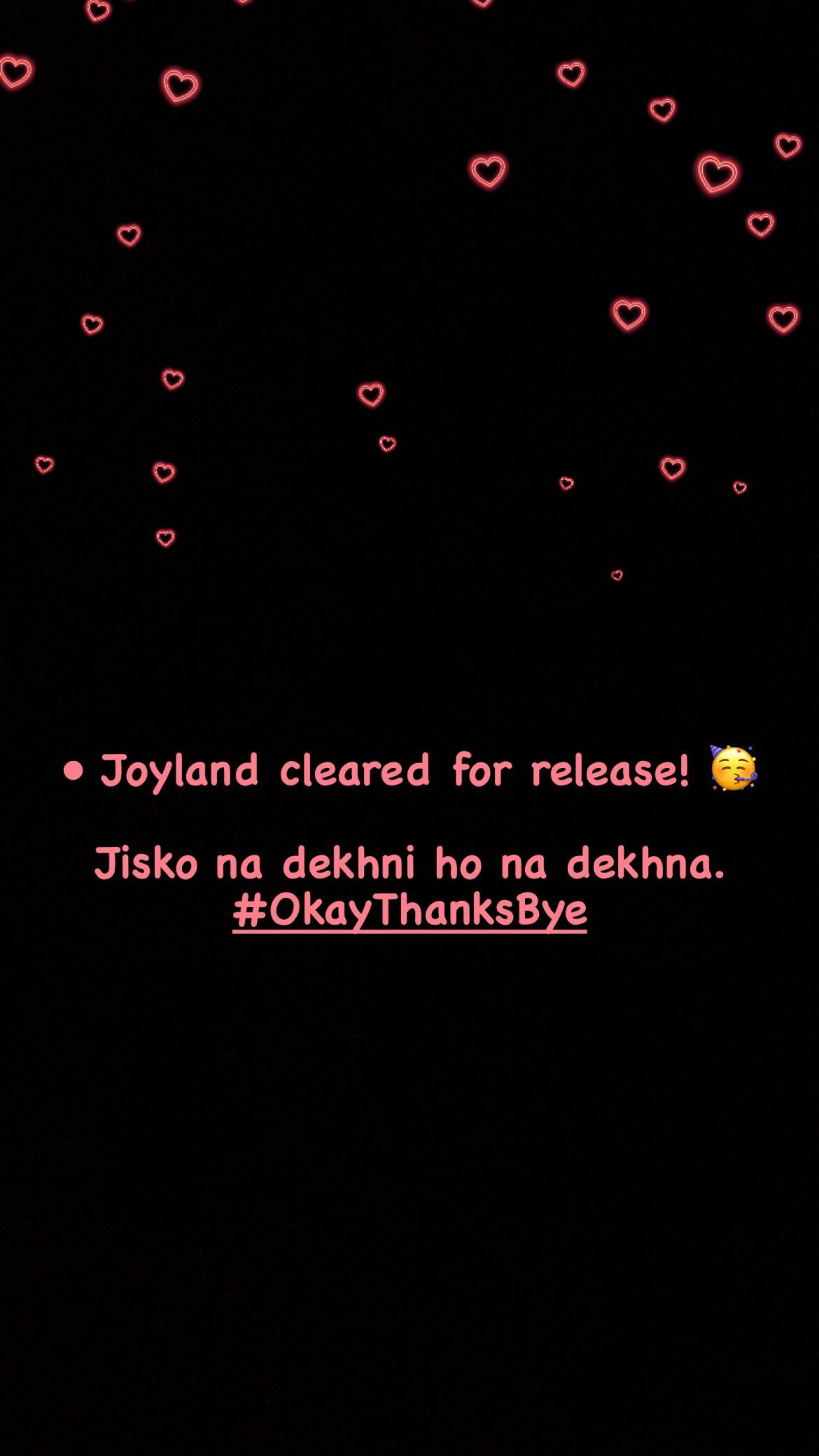 Some, however, were not as thrilled. Designer Maria B, who rallied for the film’s ban, shared rather disappointingly, “Congratulations Pakistan, Joyland is being released. Our first official transgender movie… At least they cut some parts out. May Allah help us and forgive us.” 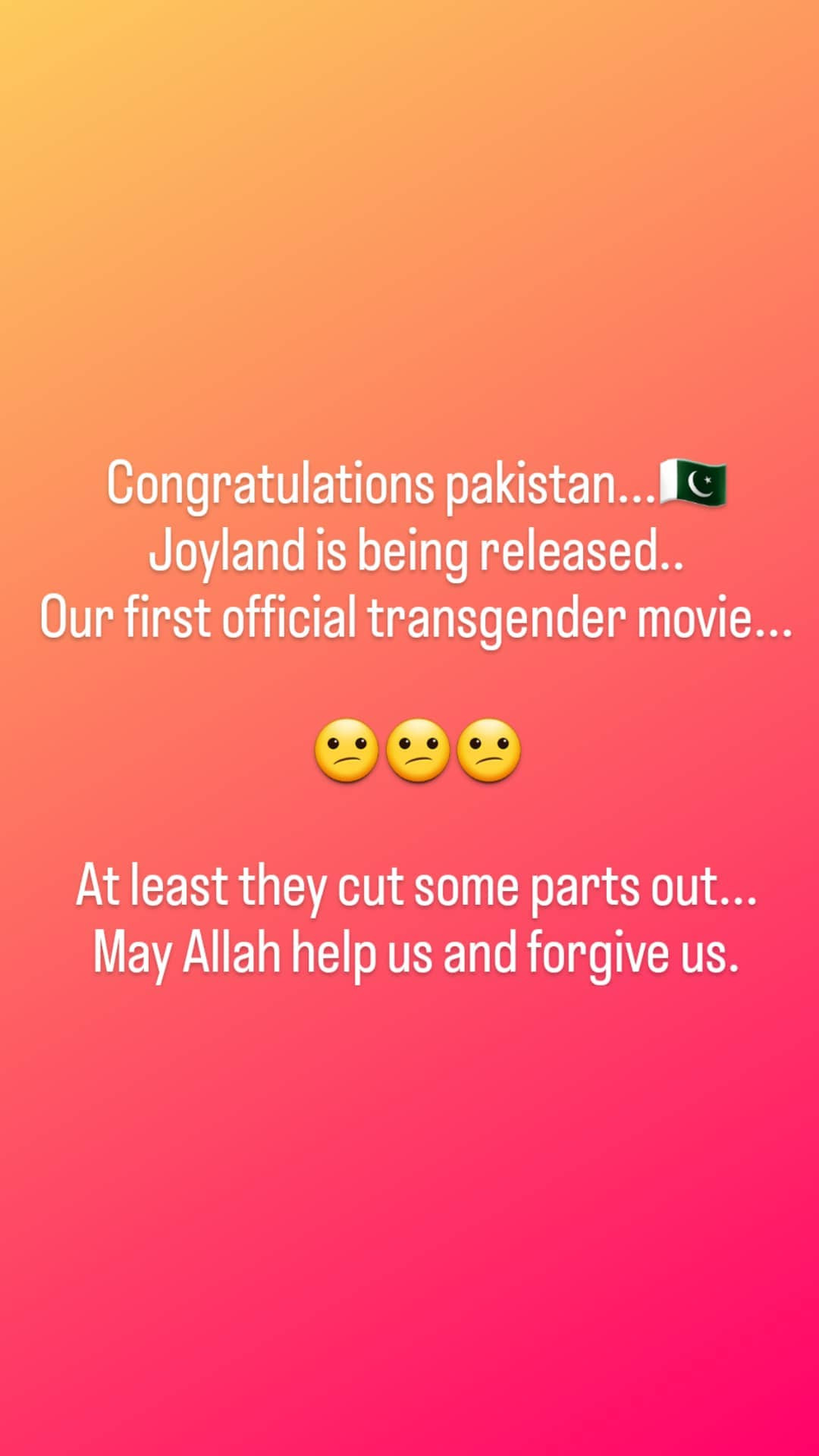 Actor Osman Khalid Butt, however, hoped in a tweet: “In due time, I hope a proper investigation is conducted as to how and why there was an attempt to ban an already-certified/Board approved film in the first place.” In the same thread he reflected, “Either you trust the Censor Boards, overhaul the system, and/or introduce a proper rating system for all films. We’ve heard the ‘in light of written complaints’ spiel before. Enough.”

In due time, I hope a proper investigation is conducted as to how and why there was an attempt to ban an already-certified/Board approved film in the first place.

Filmmaker Sadiq, albeit, is yet to respond to the announcement.

It is pertinent to mention here that while the announcement of the film clearance has been made, the government is yet to withdraw Joyland’s ‘uncertified’ status, which needs to be done in order for the film to actually be released.