Fawad Khan is soaring high on the success of his latest offering, The Legend of Maula Jatt. The actor returned to the big screen after Bollywood’s 2016 offering, Kapoor & Sons. Khan, who has a number of projects in the pipeline, has been readying himself for one venture after another.

In a recent interview prior to the release of the film with Forbes, the Humsafar actor shared that he hoped his upcoming film would open wider doors for Pakistani cinema. “Hopefully, it (his film’s global release) will put a foot in the door and open it wider for wider global releases for more Pakistani films,” he said. “I hope the investment will also be better if that happens. Wish this one will have fruits for other films to cherish.”

Elaborating on the gruelling preparation for his role, Khan commented that he had a short period of just two months to bulk up, “Those two months were gruelling, the time at the gym was especially insane but because he (the character) is not exactly an Adonis, or a sculpted version of a Greek god, (I could manage well).” He shared, “Maula Jatt is more of an ‘akhade ka pahalwan’ (arena wrestler), and it made the job easier. I did not have to worry much because it was a character that plays in the mud and does not give two hoots about hygiene. I did not need frequent makeup touch-ups.”

Khan further shared, “I am a very anxious man – something or the other is happening and always bothering me. I also picked a habit of stress eating, so I am not careful or disciplined when it comes to diet. I should be careful because of my condition but for the transformation, I managed well. I could eat as much as I wanted but there is a downside to it of course. What I did with myself (for the physical transformation), I won’t ever repeat. Tauba hai (Good gracious, I repent), I can manage for a few months but after that I do not have that courage.”

Asked about his long absence from films, the actor relayed, “I think part of the blame goes to Maula Jatt. Of course, I am joking. I was working, but I have a history of doing one thing at a time. My prep for The Legend of Maula Jatt started and after we started work on it, we ran into several obstacles.” The Khoobsurat actor shared, “I do not mean to sound insensitive but I have never felt the pressure. I do my work, and I get paid for it. Once those things happen, I am done. Now the pressure is on the producer and director. I have been blessed that I have had a lot of work and I hope this does not change anything. The fact is that I genuinely enjoy the journey of completing a film.”

He added, “I am not really comparing it but we can say that is how I see it. Giving birth to a baby… I do not mean to offend anyone with this comparison. A lot of sweat blood and pain goes into the making of a film and when that is done, once you give birth to it, it grows on its own. You may nurture it a bit but it grows on its own, and the audience does that. I feel that my job is kind of done right there.” 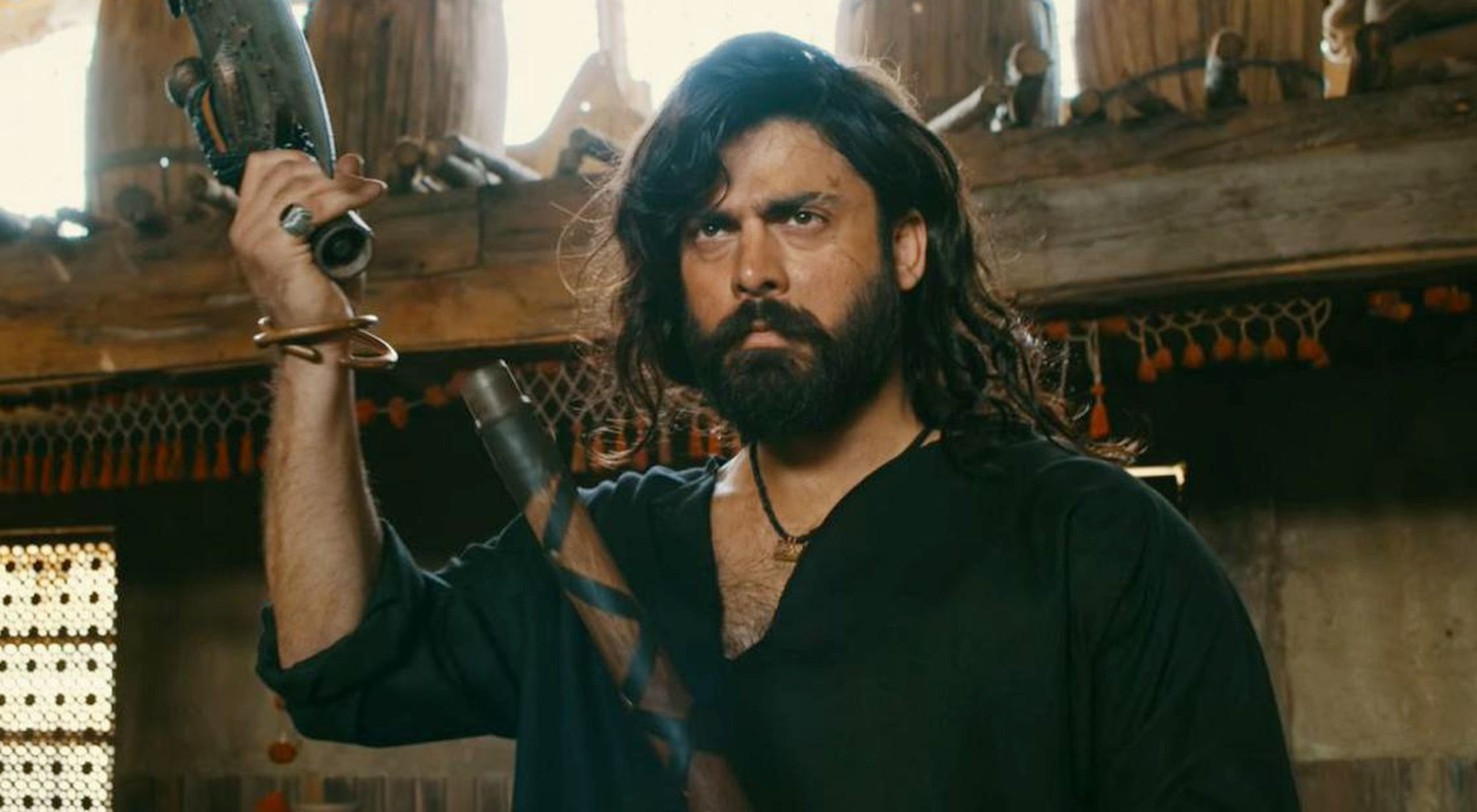 He added, “To feel the (box office) pressure is of no use. It is sheer anxiety for no reason and I do not like any stress or anxiety added to my life. A bit of anxiousness is obvious as we are responsible for the film too but I think Ammara Hikmat (producer) and Bilal (director-producer) have got all bases covered. It is a huge investment of time and money, but I hope the risk is worth it. I am hopeful it will pay off.”

Talking about the unusual look that he sports for the upcoming film, Khan says, “I have always been adventurous. We did not intend to make Maula look like Hrithik Roshan – that is very difficult – so (we did not go there). Then, I wanted Maula to look like someone who does not have an eye. I wanted to do that but Bilal was not convinced it would work for the audience, so we settled for a scar on his face. I wanted him (the character) to be brute and cruel. I am a bit brave in that sense as I like choosing unconventional looks. It may have been a bit of a gamble as I have been well-groomed for most of my characters. (I am sure) I will live and cherish this one forever.”