I crossed a line: Adam Levine confesses to flirtatious messages with women

Maroon 5 frontman Adam Levine has addressed cheating allegations after an Instagram influencer exposed seemingly flirty screenshots on her social media handle. Sumner Stroh, who has over 350,000 followers on the photo-sharing platform, claimed the Girls Like You singer was in an affair with her for nearly a year. “I was having an affair with a man who’s married to a Victoria’s Secret model. At the time, I was young, I was naive, and, I mean, quite frankly, I feel exploited,” Stroh said in the video posted on TikTok.

The 43-year-old singer has been married to Namibian model Behati Prinsloo for eight years. The couple has two daughters and are now expecting their third child.

Levine, however, has denied the claims. “A lot is being said about me right now and I want to clear the air,” he wrote in an Instagram Story. “I used poor judgment in speaking with anyone other than my wife in ANY kind of flirtatious manner. I did not have an affair; nevertheless, I crossed the line during a regrettable period in my life.” 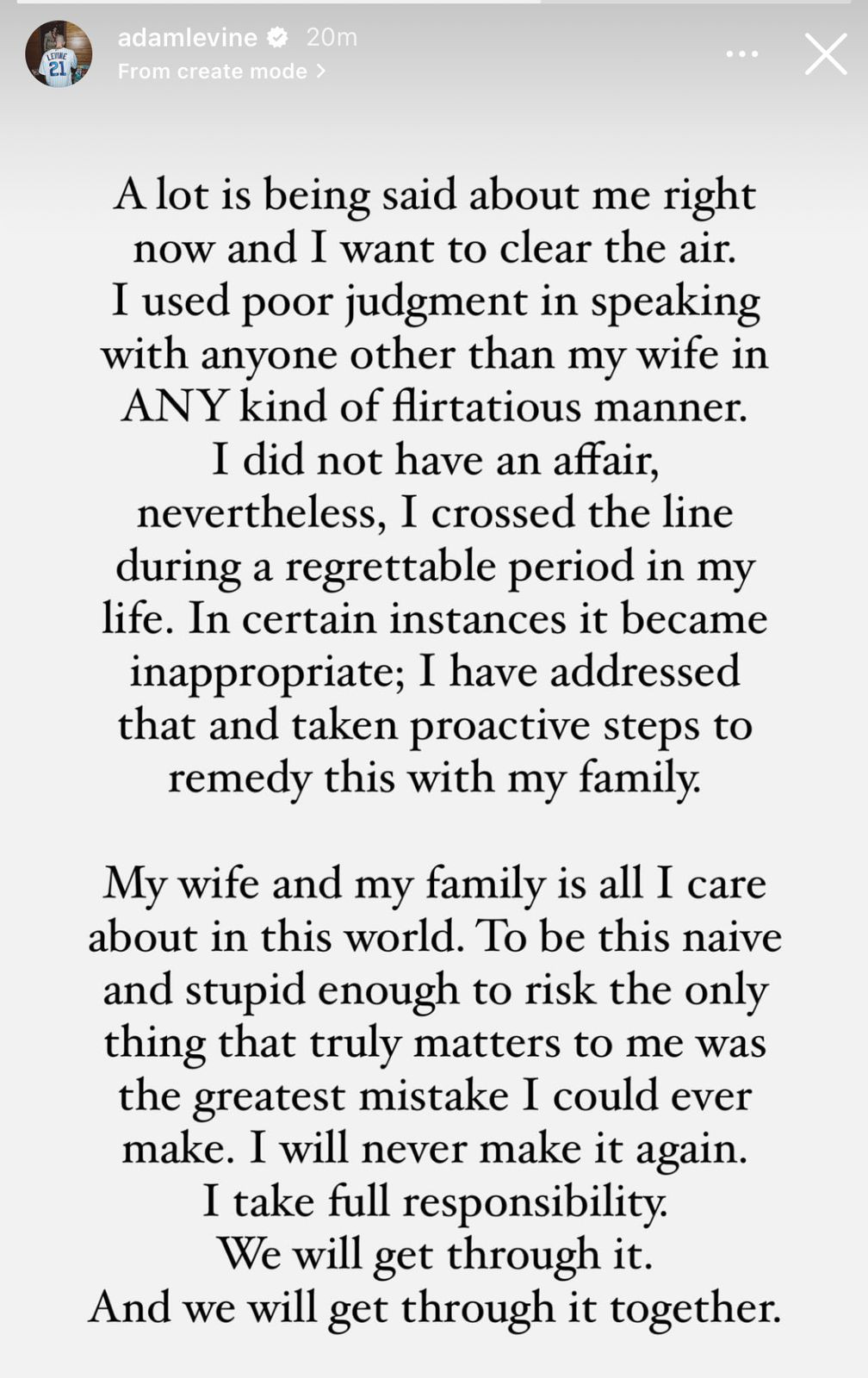 He continued, “In certain instances it became inappropriate,” adding that he has “addressed that and taken proactive steps to remedy this with my family.” He concluded his post with, “My wife and my family is all I care about in this world. To be this naive and stupid enough to risk the only thing that truly matters to me was the greatest mistake I could ever make. I will never make it again.”

Taking to TikTok, Stroh posted a screenshot of an Instagram DM that Levine had allegedly sent her “after I stopped talking to him over a period of months.” It read, “Okay serious question. I’m having another baby and if it’s a boy I really want to name him Sumner. You okay with that? Dead serious.”

Responding to the criticism that came her way, Stroh posted a second video saying that she wasn’t trying to play the victim. “In no way was I trying to gain sympathy,” she said. “And I fully realise I’m not the victim of this. I’m not the one who’s really getting hurt here. It’s Behati and her children, and for that, I’m so so sorry.”