Jemima, Sajal, others grace TIFF for ‘What’s Love Got to do with it?’ world premier

Jemima Khan, Sajal Aly and Shabana Azmi, among other members of What’s Love Got to do with it? walked the red carpet of the Toronto International Film Festival (TIFF) for the premier of their much-awaited film on Sunday.

Aly sported a printed black blazer over a black and white blouse, and paired it with a black gharara pants. She let her hair down, flaunting her fringes, and accessorised with plain red bangles. The actor was seen posing alongside Azmi, who donned a traditional red sari over a purple blouse. 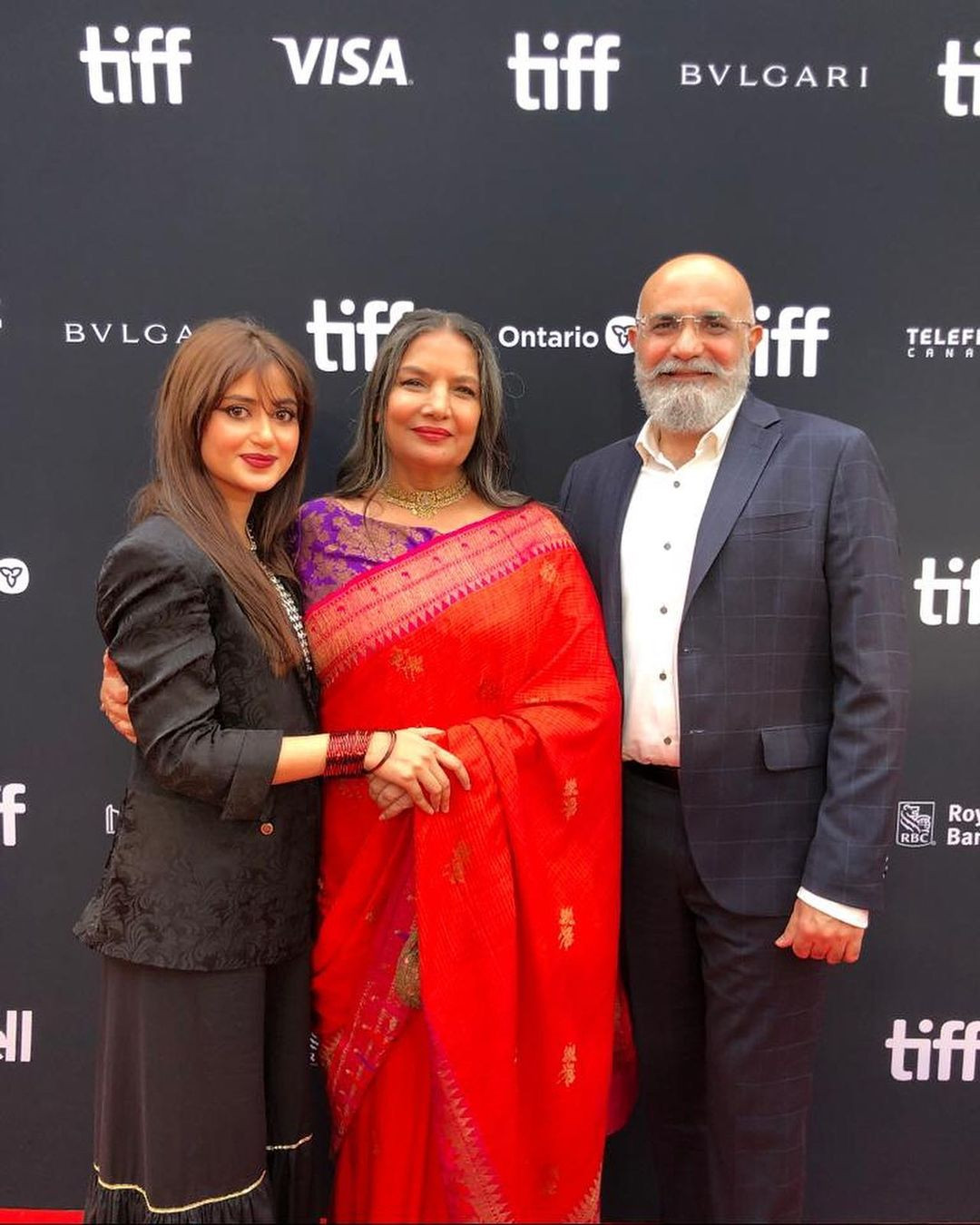 A brief clip of Aly from the red carpet, shared by a Twitter user, sees her narrating an anecdote from her time shooting the film. Aly raves about having worked with Emma Thompson in her conversation with the TIFF host. “In the film, which I’m not going to reveal right now, with Emma! I had to kind of dance with her. And I asked the director, ‘How crazy do you want me to go?’ And he said, ‘As wild as you can!’ and it was with Emma! We are just dancing on this desi number and it was a dream come true because she is a legend. Honestly I feel that I am lucky, I am priveleged and I am blessed!”

A clip shared by Khan sees her telling the host, “I lived in Pakistan for 10 years, between the ages of 20-30. I brought up my two sons there,” she says, pointing toward her kids in the crowd. “They’re half Pakistani and they’re here with me today,” she adds, proudly. “So, What’s Love Got to do with it, isn’t about my story but it’s definitely about… all the characters in the film are people I met along the way,” she assures.

Directed by Indian filmmaker Shekhar Kapur and written and co-produced by Khan, the cross-cultural British film is buoyed by an ensemble that includes Lily James, Shazad Latif, and Thompson. The effervescent rom-com follows a filmmaker who decides to document her best friend’s journey towards an arranged marriage. As per TIFF, the film slides between London and Lahore, love and friendship, tradition and iconoclasm, and it refuses to adhere to easy binaries.

As per The Hollywood Reporter (THR), What’s Love Got To Do With It? serves as a “master class in how to adhere faithfully to the classic romantic-comedy template and yet still emerge with something that delivers delightfully on both sides of the hyphen.”

The outlet adds that the cross-culture confection may not be the first to examine the practice of arranged marriage in the age of Tinder, but Kapur, known previously for his Elizabeth and Banquet Arena, has added a soulful touch, because of which the film hits all the desired marks. Kapur, James, Khan, Azmi, Jeff Mirza and Asim Chaudhry discussed the What’s Love Got to do with it? experience with THR at TIFF. 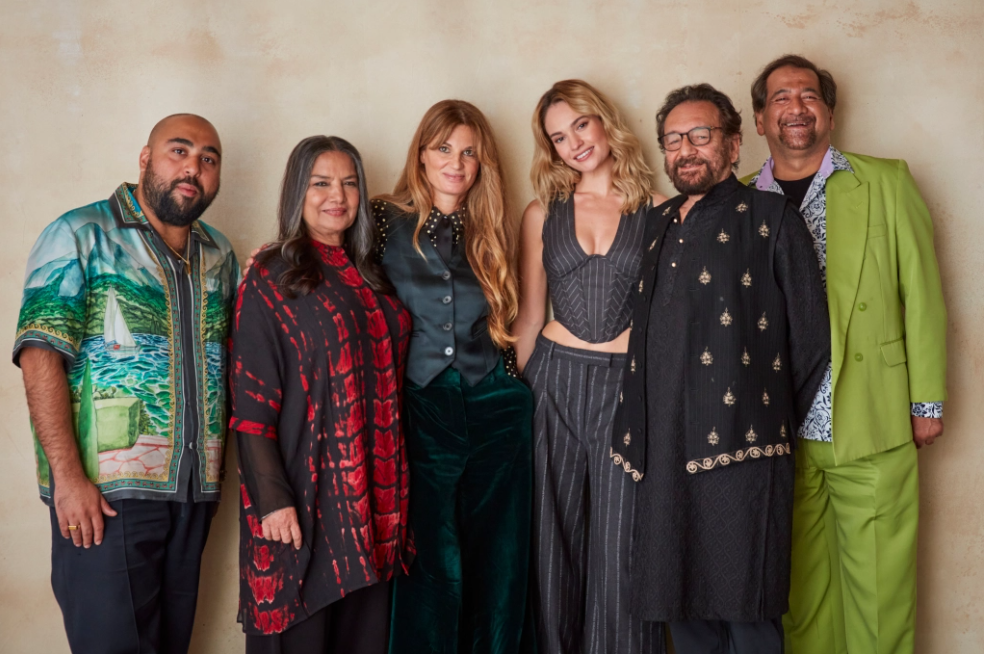 Khan shared, “The film is my take on having seen some very successful arranged marriages and having had some pre-conceived ideas about what they might be like. Seeing them up-close, seeing them happy, including even the younger generation that is slightly more intellectual, assist these marriages that are a very consensual arrangement. And this is also me looking at, kind of, different approaches of how to define lasting love as someone who’s been, quite useless at it, personally.”

Azmi, on the other hand, called it a “warm, feel-good” film and today’s “dark” times. She added, “I think what has happened now is that the world has shrunk, becoming a global village, and we are recognizing that cultures need to be understood in their own terms rather than being explored through the lens of the west on the east.”

The Indian actor noted that Khan’s film does not take sides, “It doesn’t say one is better than the other, it shows you both and you get to choose. I think that’s where she [Khan] has been really brilliant in the way she’s portrayed things.”

Pondering upon her time in Pakistan, Khan recollected that a very common complain she’d receive was about the portrayal of Pakistanis in western films. “They’d always says that we are shown as terrorists, suicide bombers, fundamentalists, or in a backward sort of unaspirational way. And that’s why it was very important to cast the beautiful Shabana and make this completely different type of story about second-generation, British-Pakistanis. If anything, I would say that Emma Thompson’s character Kath, really looks up to and tries to emulate the Pakistani family living next door. And there are definitely, no terrorists in this film.” 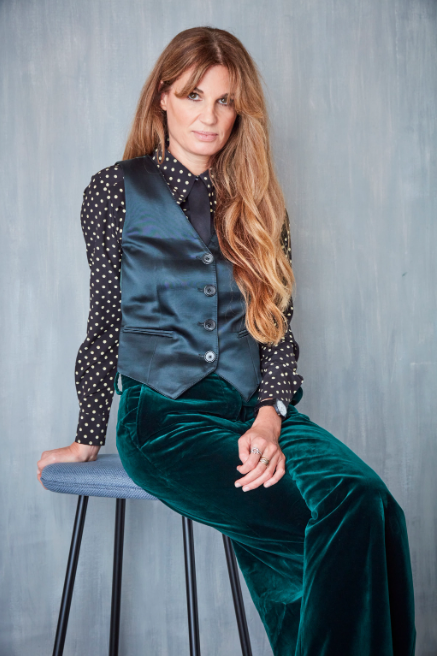 Director Kapur, went on to note, “When I looked at this, I said, ‘The yearning for intimacy, the yearning for love, does not belong to identity, it belongs to us all.’ And so, when I saw this, I asked, ‘What is it about this film that will not touch a young girl in Kyoto? What is it about this film that a young girl in Shanghai will not identify with?’ The more I thought about this the more I realized, that the identification with the pursuit and the mystery of love and the mystery of intimacy is so universal, that we are all the same. The search for finding ways to be intimate with each other is represented in different ways but all over the world, that’s what it is. We have to just recognize it. We need to drop the ‘I’ for identity and embrace ‘we’ for community.”

Chaudhry, who was approached by Khan on Insta, called the film “real” and “relatable”. “It was so real, I could really relate to it, being my age and for my generation, it was about trying to find love and disillusionment with love and arranged marriages and you know, sometimes you just have to hand it over to the parents.”