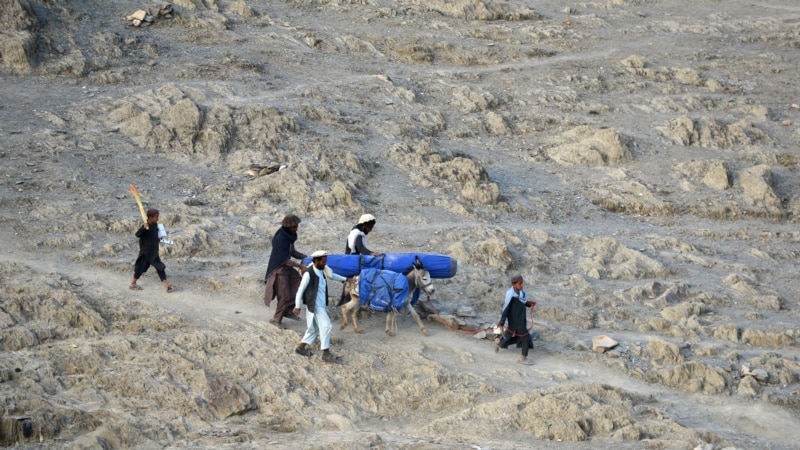 The United States will give nearly $55 million in immediate humanitarian assistance to people impacted by a recent earthquake in southeastern Afghanistan. The funds will be used to deliver essential food items, clothing, cooking utensils, blankets, jerry cans, and sanitation supplies to prevent waterborne diseases in the disaster-hit areas. The U.S. has been the largest humanitarian donor to Afghanistan and committed more than $774 million in humanitarian assistance over the past year, according to the Department of State. “The United States has an enduring commitment to the people of Afghanistan, and we welcome and encourage support from our international partners in this time of great need,” Secretary of State Antony Blinken said in a statement on Tuesday. The U.S. announcement came only a day after the United Nations appealed for $110.3 million in urgent humanitarian response to some 360,000 Afghans impacted by the earthquake. On June 22, a 5.9 magnitude quake killed about 1,000 people, including at least 150 children, and destroyed or damaged hundreds of homes in several districts in Paktika and Khost provinces, according to aid agencies and Taliban officials. Several countries in the region, including China, India, Iran, Pakistan, Qatar and the United Arab Emirates, have responded to the disaster with planes loaded with tents, clothes, medical supplies and food items. On Tuesday, two planes carrying $8 million worth of Chinese relief supplies for quake survivors landed at Kabul airport, Taliban officials announced. Last week’s earthquake has compounded humanitarian needs in Afghanistan, where some 90% of the population is facing hunger, aid agencies say. Through a separate humanitarian appeal, the U.N. has asked donors for about $4.4 billion to mitigate the most pressing needs and save lives in Afghanistan this year. As of June 28, less than 34% of the Afghanistan 2022 humanitarian appeal has been fulfilled. The U.S. is on top of the donors’ list with a $459.6 million commitment.

At 75, India Seeks Way Forward in Big but Job-Scarce Economy