One of Pakistan’s most admired couples, Sajal Aly and Ahad Raza Mir, have been fuelling separation rumours since the latter’s absence from the prior’s sister, Saboor Aly’s wedding. Fans became even more concerned after Ahad remained absent from the promotions and premiere of Khel Khel Mein.

But Sajal had shut down all such queries with an intimate selfie that she shared with the Yaqeen Ka Safar actor, to assure everyone that there was no trouble in paradise. However, the Sinf e Aahan star has now confused her fans, once again, by removing Ahad’s name from her Instagram. From Sajal Ahad Mir, Sajal has gone back to being Sajal Ali on the handle. 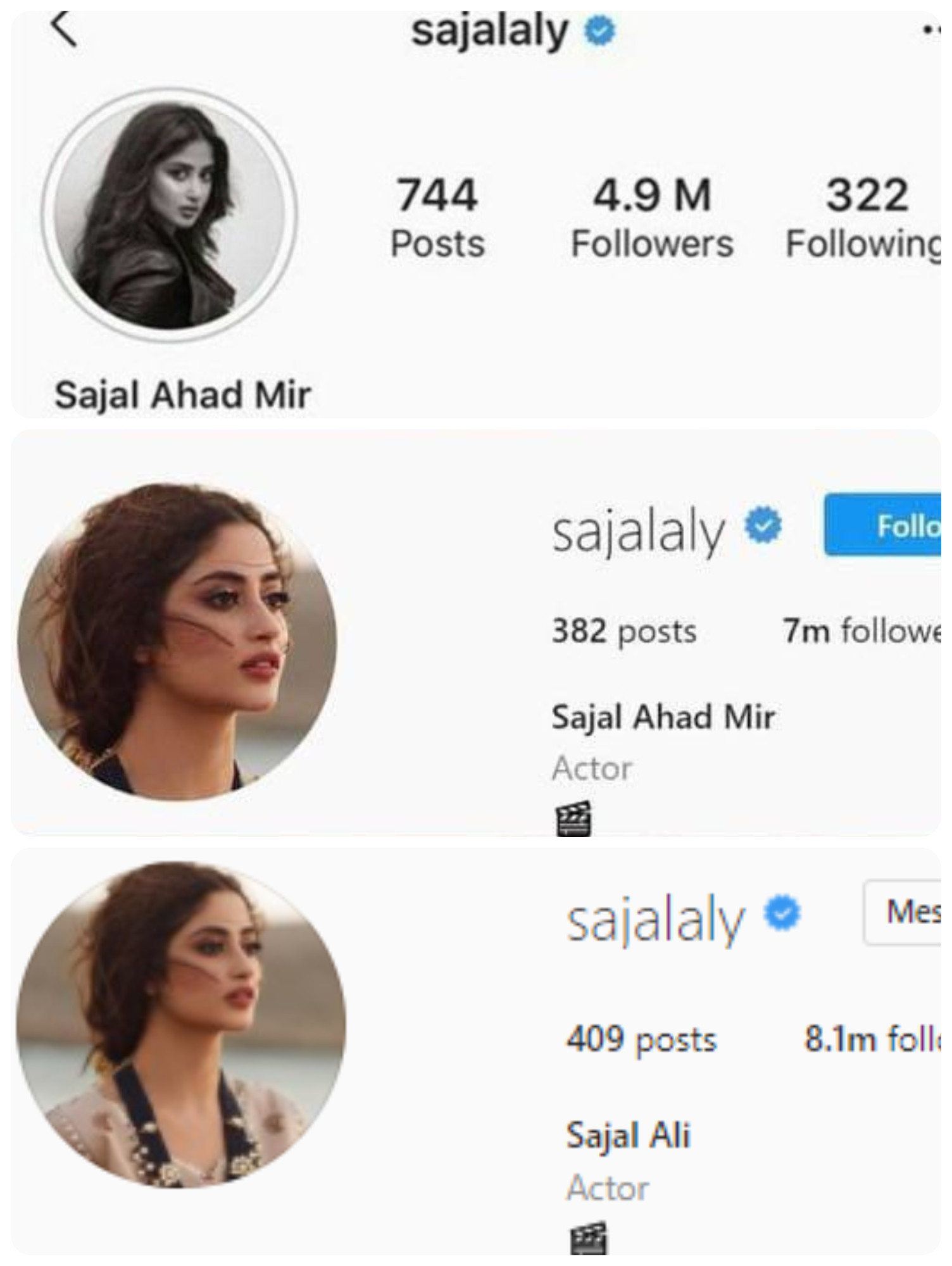 To put to rest all the hullabaloo, Sajal, in an interview with a local publication earlier, had even shared how Ahad rushed to get engaged to her, since he feared losing her to someone else. She shunned further speculations by adding, “I am thankful to have him [Ahad] in my life. Ahad has talked about me a lot in his past interviews but, somehow, I’m only doing it now. I worry that, if I get asked about Ahad, I might just end up going on and on!”

Sajal went on to disclose how the Ehd e Wafa actor had asked for her hand in marriage on the sets of Aangan.

The popular duo tied the knot on March 14, 2020, in an intimate Nikkah ceremony in Abu Dhabi. There’s was the most-talked about wedding on the cards, and fans couldn’t help but gush over their pictures as the ceremony came to a close. Here’s hoping the confusion is cleared soon.

Unlike big stars, younger ones are rude to lower staff: Haroon Shahid