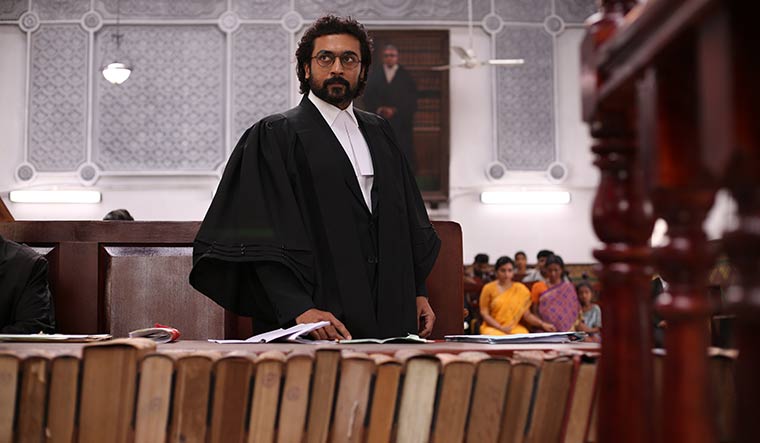 Suriya-starrer Jai Bhim has been the topic of discussion on social media on Tuesday morning. It all started with The New York Times film critic Kyle Buchana posing a question on Twitter, “Which Oscar nomination could provoke the biggest reaction from you tomorrow morning?”

Jacqueline Coley, Awards Editor at Rotten Tomatoes, responded to Kyle by mentioning Jai Bhim. “#JaiBhim for Best Picture. Trust me on this one,” she wrote. Jacqueline further responded, “The entire continent would lose it. Trust.”

This Twitter thread has gone viral with fans going gaga on social media and many rooting for the Suriya-starrer. The film also recently featured on the Oscars’ YouTube channel in the Scene at The Academy category.

Bankrolled by Suriya and Jyotika, the film is based on true events that happened in the 1990s in Tamil Nadu and follows the story of a couple, Senggeni and Rajakannu, from the Irular tribal community. Jai Bhim also stars Prakash Raj, Rao Ramesh, Rajisha Vijayan, Manikandan, and Lijo Mol Jose in pivotal roles.