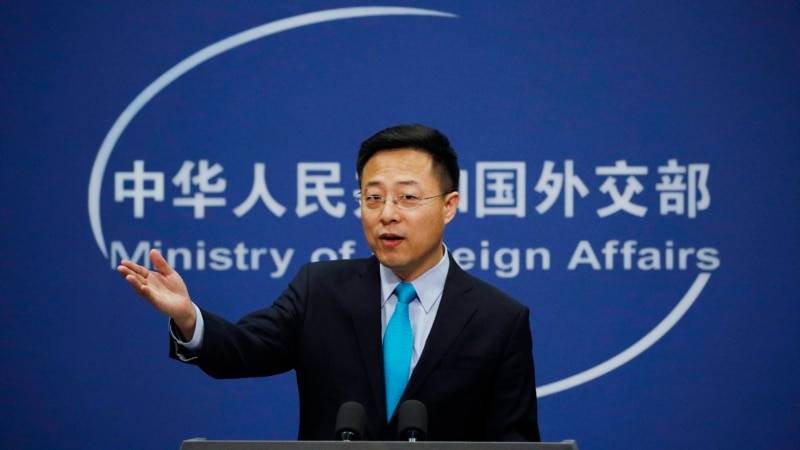 China said Tuesday that Afghanistan’s Taliban will have to live up to international expectations “at an early date” to earn legitimacy for their interim government in Kabul. Foreign Ministry spokesman Zhao Lijian made the statement in response to reports the Islamist group was seeking China’s help in getting the new Afghan administration recognized by the global community. Zhao noted while addressing a news conference in Beijing that Taliban interim authorities have “actively” engaged in international exchanges and held dialogue with “quite a few” countries since taking control of the war-torn country. “At the same time, we hope the Afghan side will respond further to the expectation of the international community, establish an open and inclusive political architecture, adopt moderate and prudent domestic and foreign policies, firmly combat all sorts of terrorist forces,” he said. Zhao urged the Taliban to combat terrorist forces in Afghanistan, establish friendly terms with other countries, especially neighbors, and “integrate into the international family at an early date.” The Chinese foreign ministry posted the transcript of Tuesday’s news conference on its website. The Taliban seized power from the Western-backed Afghan government in August as the United States-led foreign military forces withdrew from the country after 20 years. No country has yet recognized the new government, citing a lack of political inclusivity, exclusion of most Afghan women from public life and girls from education, and the group’s alleged ongoing links to transnational terrorists. Taliban leaders dismiss criticism of their government, saying it represents all Afghans and pledge they will allow all women to study and work in line with Sharia or Islamic law. They insist the new political setup in Kabul has met all the conditions required to be recognized by the world. The Taliban takeover led to an immediate suspension of non-humanitarian international funding for aid-dependent Afghanistan and the freezing of roughly $9.5 billion in Afghan foreign cash reserves, mostly held in the United States. The financial restrictions have pushed the country’s fragile economy to the brink of collapse and worsened an already bad humanitarian crisis in Afghanistan. The United Nations estimates that about 24 million Afghans are facing acute hunger. Neighboring China, Pakistan, and Iran, as well as Russia, all have been urging the U.S. to unfreeze Afghan assets to help contain economic upheavals. Pakistani Prime Minister Imran Khan in a telephone conversation Monday discussed the Afghan humanitarian conditions with Russian President Vladimir Putin. “The prime minister also underscored the importance of release of Afghanistan’s financial assets for addressing the dire needs of the Afghan people,” Khan’s office quoted him as telling Putin. The U.N. asked donors earlier this month for a record $4.4 billion in humanitarian aid for Afghanistan in 2022. Washington announced it would provide an additional $308 million in relief assistance. The U.S. and other countries are exploring ways to scale up humanitarian assistance by injecting cash directly into the Afghan economy so they can bypass Taliban-led ministries and make sure the funds do not support activities of the Islamist group. Some cabinet ministers in the new dispensation remain under U.S. and United Nations terrorism-related sanctions, which makes it difficult for foreign diplomats to directly engage with the government. Last week, the Taliban proposed creating a joint body of their officials and international representatives to help coordinate the aid plan. “We ask the international communities that they should use the government capacities for their aid goals,” Acting Deputy Prime Minister Abdul Salam Hanafi told reporters.

In India, Shock at Release of 11 Men Convicted of Gang Rape and Murder

Death Toll Rises to at Least 21 in Afghan Mosque Bombing