“We are deeply saddened to hear the allegations against Chris Noth. We support the women who have come forward and shared their painful experiences. We know it must be a very difficult thing to do and we commend them for it,” the three actors, who also star in And Just Like That, said in a shared statement posted on Nixon and Parker’s Instagram accounts. 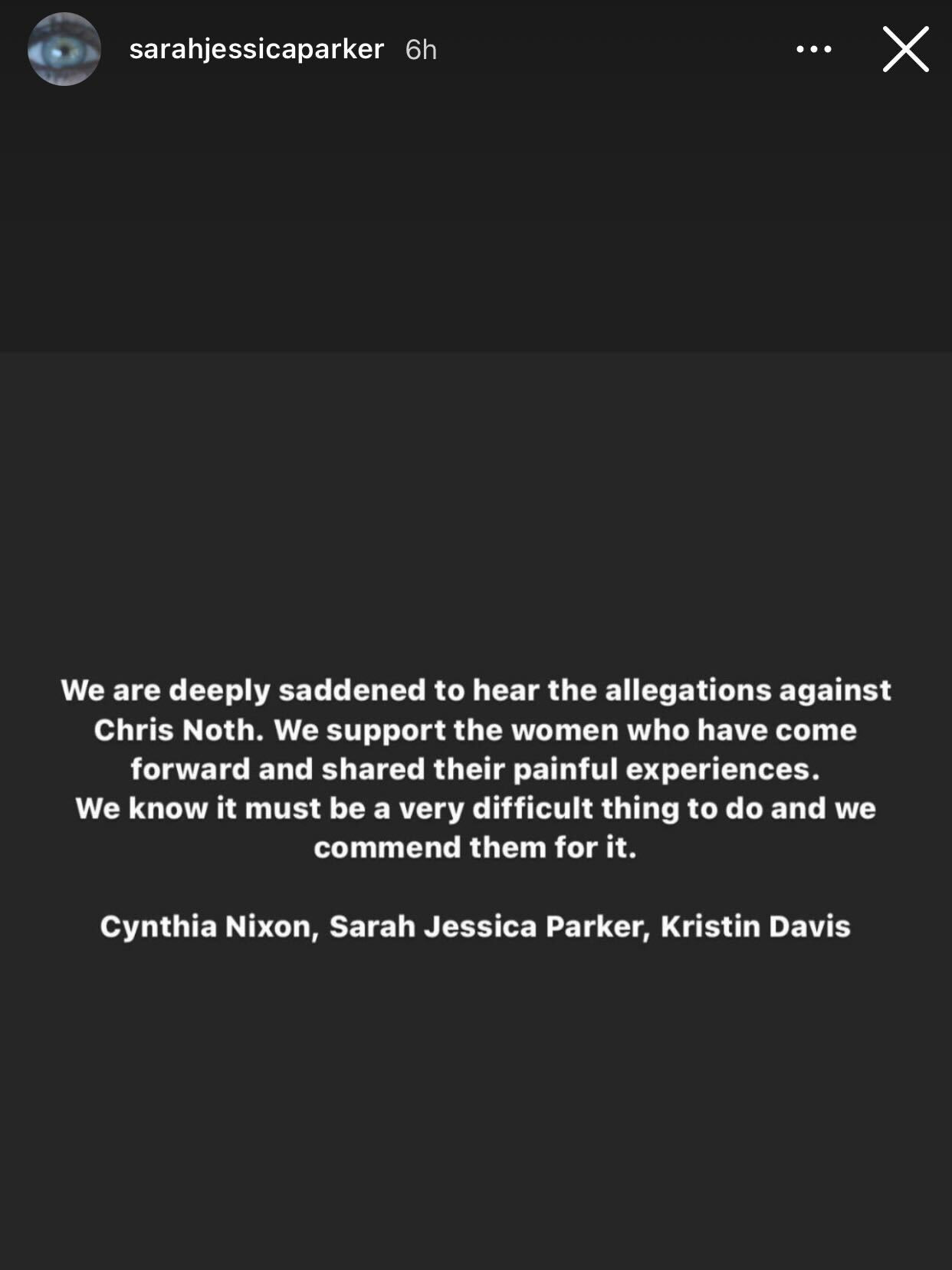 According to a report in The Hollywood Reporter, US actor Chris Noth has been accused of sexually assaulting two women in separate incidents in 2004 and 2015.

Noth, 67, said in a statement to the publication that the encounters were consensual.

Along with his role as Detective Mike Logan on “Law & Order,” the actor is best known as Mr. Big, the love interest of Carrie Bradshaw in the hit TV series and films “Sex and the City.” He appeared in the newly released sequel series, And Just Like That…

To protect their privacy, The Hollywood Reporter did not reveal the women’s identities but used pseudonyms.

Lily, now 31, said that after burying the incident for years, “seeing that he was reprising his role in Sex and the City set off something in me.” She said she decided it was time “to try to go public with who he is.”

She reported having met him in an NYC nightclub, where she worked as a waitress, went out on a date with him and was later raped in his apartment. She remembers crying and feeling “totally violated.”

The second publication source is Zoe, now 40, who met Noth through a business he did with the firm where she was employed in Los Angeles. She said the actor invited her to the pool at his apartment building and later kissed her and had sex with her against her will.

Neither encounter was reported to the police at the time.

‘I did not assault these women’

“The accusations against me made by individuals I met years, even decades ago are categorically false,” Noth wrote in a statement to the outlet.

“These stories could’ve been from 30 years ago or 30 days ago — no always means no — that is a line I did not cross,” the actor added. “The encounters were consensual. It’s difficult not to question the timing of these stories coming out. I don’t know for certain why they are surfacing now, but I do know this: I did not assault these women.”

In the sequel that triggered the two women to come forward, Big, Noth’s character, dies in the opening episode after suffering a heart attack following an intense workout on a Peloton bike.

The stationary-bike manufacturer ran an ad earlier this week “resurrecting” Noth’s flirty character, but on Thursday withdrew it. The company said in a statement they were unaware of the allegations at the time they released the advertisement. “Every single sexual assault accusation must be taken seriously,” Peloton said.

Many men in entertainment, politics and business have been accused of sexual misconduct in recent years following the rise of the #MeToo movement in 2017.