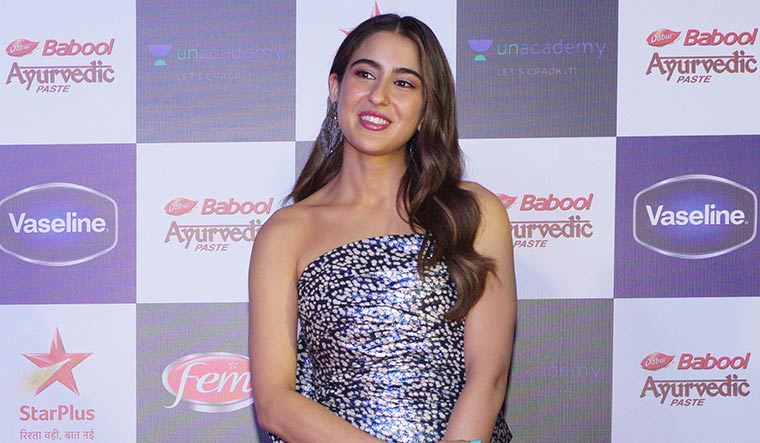 Akshay Kumar’s upcoming film Atrangi Re about the ‘madness of love’ is all set to stream on Disney Plus Hotstar. Announcing that the trailer will release on Wednesday, Akshay introduced Dhanush and Sara Ali Khan as Vishu and Rinku.

Sara introduced Tamil superstar Dhanush as “Miley Vishu se, hamara pehla character (meet Vishu our first character.). Couldn’t be played by any other actor, From national awards to being called thalaiva- he makes everyone Khush (happy).”

She presented Akshay’s character as “Atrangi style mein entry karte hai har baar. Next level energy- adbhud pyaar, Unke saamne sab maanle haar, To ho jayein Tayaar, To meet Mr. Akshay Kumar (sic) ”. Akshay’s different looks suggest he is a guy who can slip into any character—he is seen in the attire of a king and also as a magician.

And lastly, unveiling her own character, Sara wrote: “And now finally it’s time to meet Rinku, give her all your love, and she will say thank you. Bihar se aayi hai yeh chori, and she is the heart of this Atrangi love story.”

Atrangi Re is a musical romance film directed by Aanand L. Rai and bankrolled by T-Series, Cape of Good Films and Colour Yellow Productions. This marks Dhanush’s second collaboration with the director after Raanjhanaa. Songs for the film are penned by Irshad Kamil, with music composed by maestro A.R. Rahman.

Shooting for the film began last year but got delayed further amid second wave of the pandemic.