As today marks the 14th death anniversary of Benazir Bhutto, we look back at the life of Pakistan and the Muslim world’s first female prime minister with 10 iconic pictures. 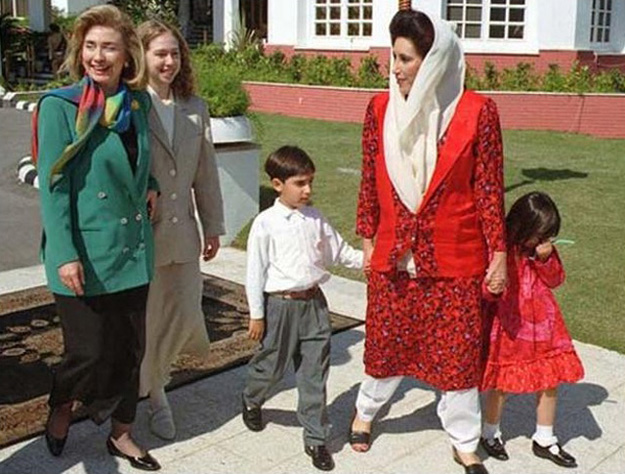 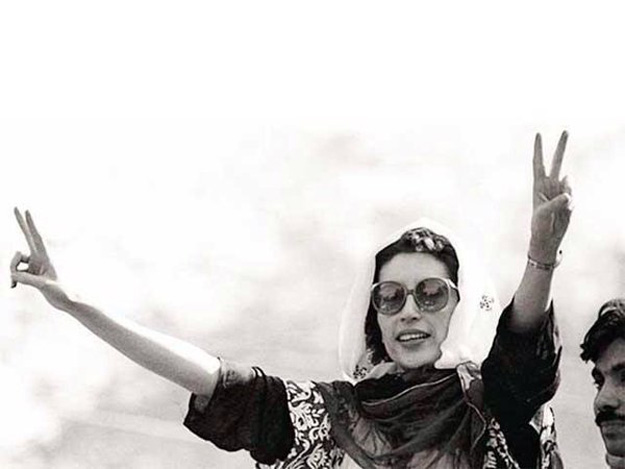 4. Receives the Women’s Tolerance Award in 2005 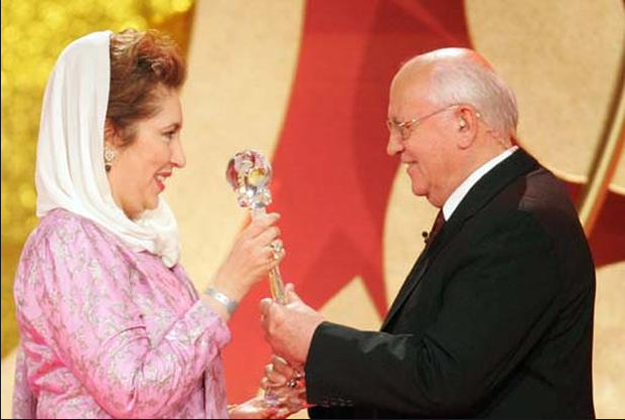 5. Benazir Bhutto and her lawyer Farooq Naik leave the court building in Karachi after filing a petition challenging the decision of the Sindh High Court 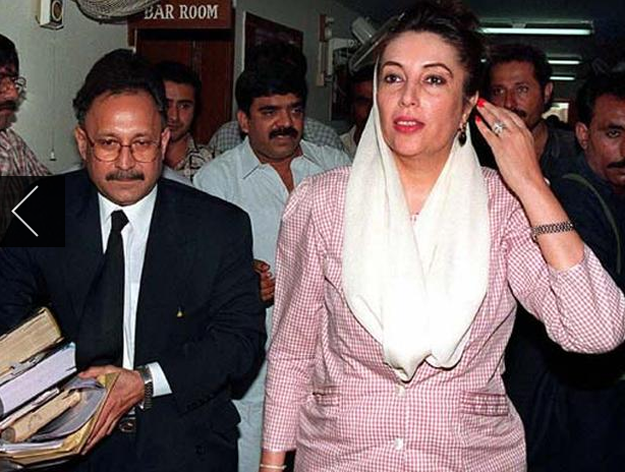 In this September 4, 1998, photo, former premier of Pakistan Benazir Bhutto, right, and her lawyer Farooq Naik leave the court building in Karachi after filing a petition challenging the decision of the Sindh High Court. Bhutto said at the time there had been progress in talks on a power-sharing deal with President Pervez Musharraf and that she was ready to meet him face-to-face. PHOTO: AFP 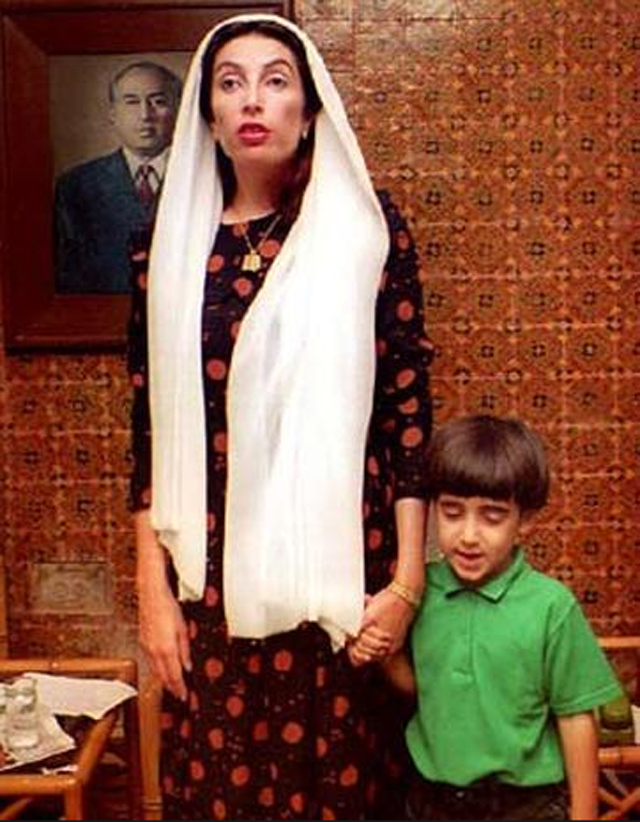 Benazir Bhutto’s with her son Bilawal, leaves to take a rest after listening to final election results, October 6, 1993, at Naudero, Pakistan. The PPP had claimed early victory nationwide but lost votes in urban cities of Punjab province. PHOTO: AFP 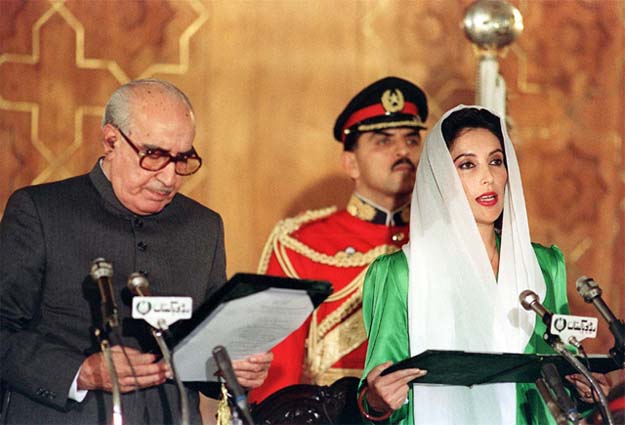 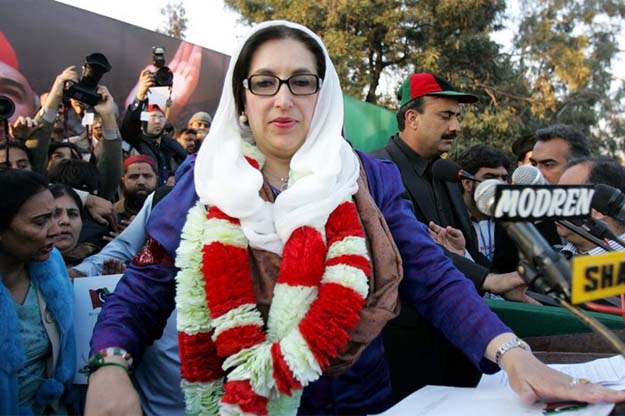 In 2007, Benazir Bhutto was welcomed by thousands of supporters after she returned to Pakistan from self-imposed exile. PHOTO: AFP 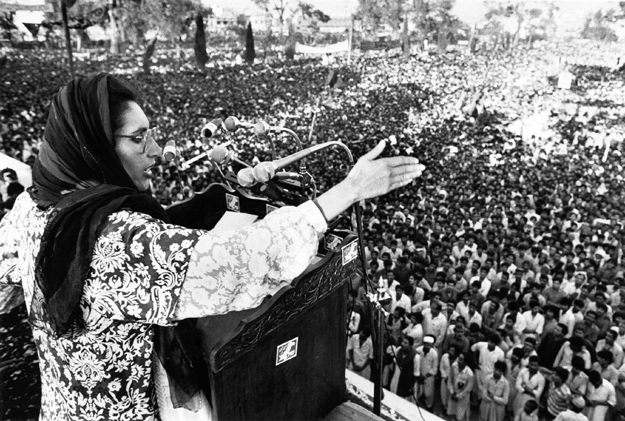 Opposition leader Benazir Bhutto speaks to about 80,000 supporters during a campaign rally in Rawalpindi, Pakistan in 1986. PHOTO: REUTERS 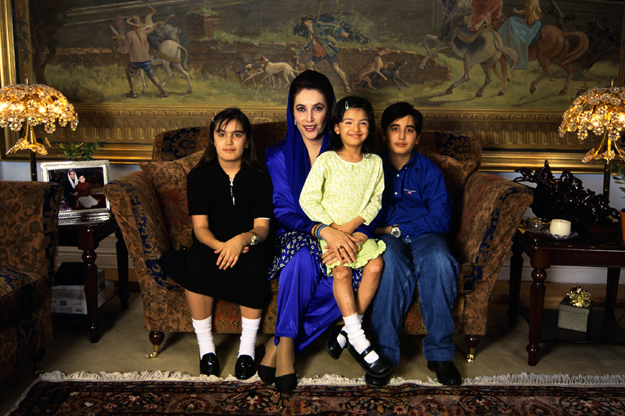 Previous Profile: The enigma that was Junaid Jamshed
Next PCB’s new domestic structure: Improvement at the price of unemployment?